So what would you do if you were a Lego fan who has been lucky enough to go out with a girl who was also a Lego fan and you wanted to ask her to marry you?…

Why of course you would create some custom Lego sets of the special times you’ve shared together and of course create a custom box set of the marriage proposal picnic that you had planned where you’re going to pop the big question of course!

Joe & Kristin got engaged at the actual picnic and you can take a look at some more of the Lego-related photos of the day on Joe’s Flickr page. 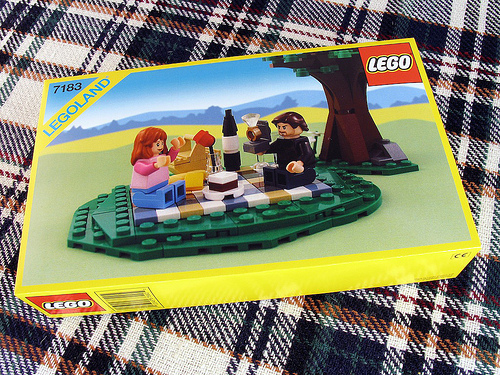