Simon Barker – The Mentalist? – The Actor? 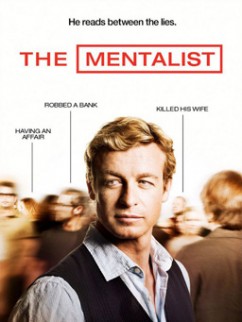 Oh yes, that’s right, it does kinda make you wonder, doesn’t it? When you find that people are coming to your website searching for “simon barker the mentalist”, it might cause you to feel somewhat concerned about – why are so many people out there thinking you’re a “mentalist”?

It makes me laugh each time I see that though, the scene from the Alan Partridge TV series immediately springs to mind in which he refers to someone as a “mentalist”.

So I thought it might be best doing some research into this whole business. It turns out that there’s an American TV show called “The Mentalist” which stars an Australian actor called “Simon Baker“.

“The Mentalist is an American police procedural television series which debuted on September 23, 2008, on CBS. The show was created by Bruno Heller who is also the executive producer. It follows the story of Patrick Jane, who, as a paid consultant, aids the California Bureau of Investigation in homicide investigations with unorthodox methods.” – Wikipedia

I find it quite curious how so many people can end up searching on a spelling mistake, I presume that TV in question spells his name right in the credits, so does the surname “Baker” instantly translate to “Barker” in so many people’s minds? It certainly would appear so, especially when some people arrive on this website after they go searching for “simon barker naked”?!?!?

It certainly makes you wonder about how your brain can easily associate a word with a different one – I remember at school that probably around half of the teachers I had would read/remember my name as Stephen Barker instead of Simon Barker – I always found that a little strange too – perhaps, in that case, it was simply because I look like a ‘Stephen’!

Anyway, if you’re reading this, the chances are you’re actually wanting to know about Simon Baker, The Mentalist, so I’ll leave you with a few places to find out more and a video to watch!…